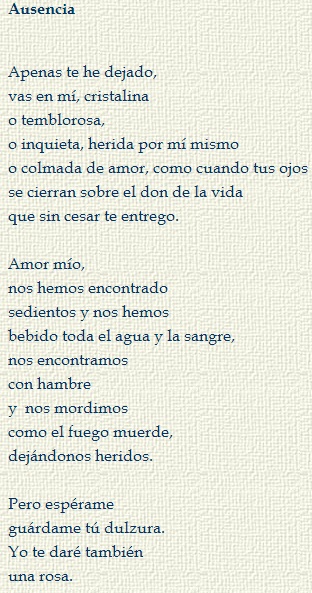 It says that the speaker is leaving his lover, but she will stay in his heart, with either a feeling of trembling she would have or her being uneasy after the speaker hurt her, or when she was overwhelmed with his love. They found and spent each others emotions, because they were so hungry for love. They also hurt each other enough that he is leaving her. He tells her to wait for him to return and to have the same sweetness that she once had for him, and he’ll give her the same. 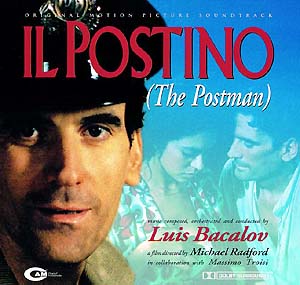 Pablo Neruda, the famous Chilean poet and communist, in about 1950, is exiled to a small island in Italy for political reasons. His wife accompanies him. On the island, local Mario Ruoppolo is dissatisfied with being a fisherman like his father. Mario looks for other work and is hired as a temporary postman with Neruda as his only customer. To get the job, he must declare himself a communist to keep the postmaster happy. He uses his bicycle to hand deliver Neruda’s mail (the island has no cars). Though poorly educated, the postman eventually befriends Neruda and becomes further influenced by Neruda’s political views and poetry.

Meanwhile, Mario falls in love with a beautiful young lady, Beatrice Russo, who works in her aunt’s village cafe. He is shy with her, but he enlists Neruda’s help. Mario constantly asks Neruda if particular metaphors he uses are suitable for his poems. Mario is able to better communicate with Beatrice and express his love through poetry. Despite the aunt’s strong disapproval of Mario, because of his sensual poetry (which turns out to be largely stolen from Neruda), Beatrice responds favorably.

The two are married. The priest refuses to allow Mario to have Neruda as his best man, due to politics; however, this is soon resolved. This was because Di Cosimo was the politician in office in the area with the Christian Democrats. At the wedding, Neruda receives the welcome news that there is no longer a Chilean warrant for his arrest, so he returns to Chile.

Mario writes a letter but never gets any reply. Several months later he receives a letter from Neruda. However to his dismay it is actually from his secretary, asking Mario to send Neruda’s old belongings back to Chile. While there Mario comes upon an old phonograph and listens to the song he first heard when he met Neruda. Moved by this he makes recordings of all the beautiful sounds on the island onto a cassette including the heartbeat of his soon-to-be-born child.
Several years later, Neruda finds Beatrice and her son, Pablito (named in honor of Neruda) in the same old inn. From her, he discovers that Mario had been killed before their son was born. Mario had been scheduled to recite a poem he had composed at a large communist gathering in Naples; the demonstration was violently broken up by the police. She gives Neruda recordings of village sounds that Mario had made for him. 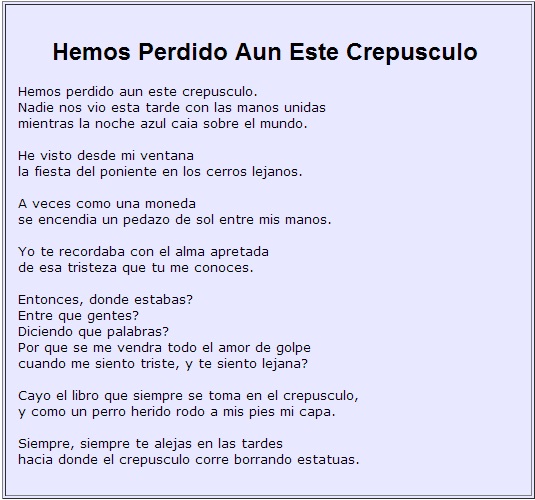 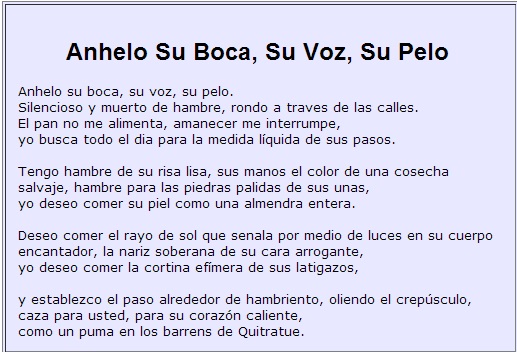 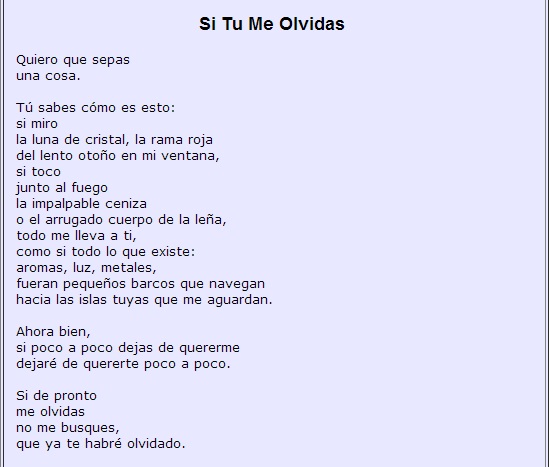 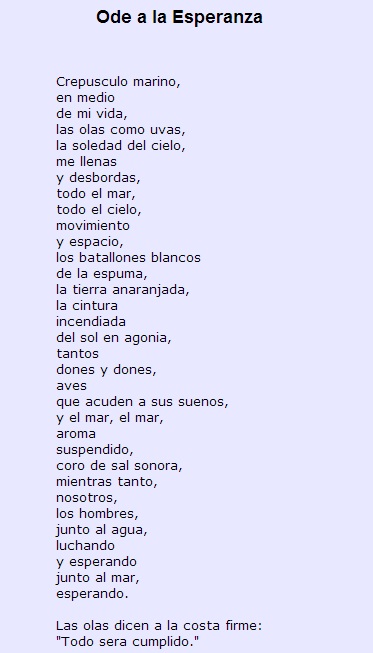 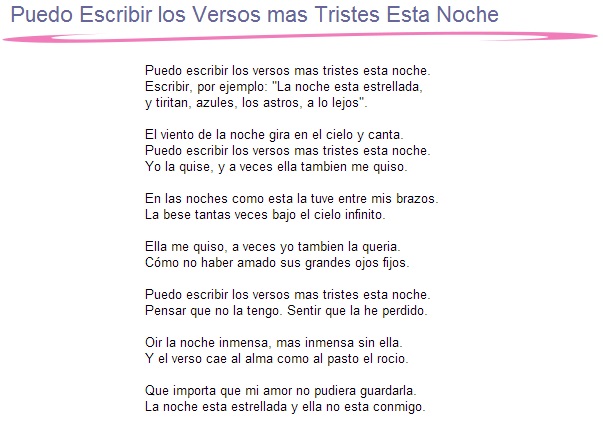 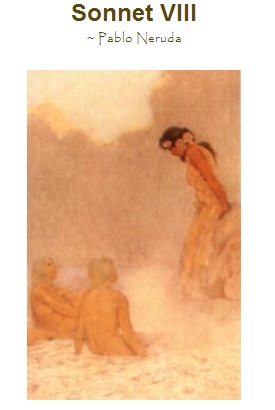 1. Quienes se amaron como nosotros? (Who ever desired each other as we do?) 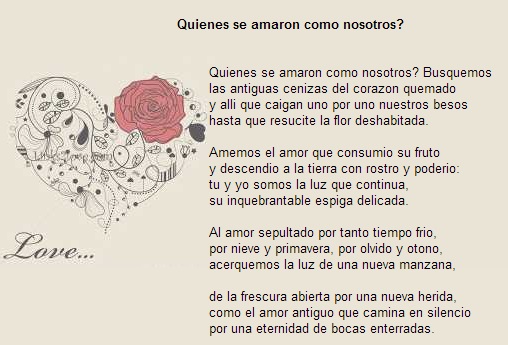