Top 10 Tips for Having the Best Sex in the Car 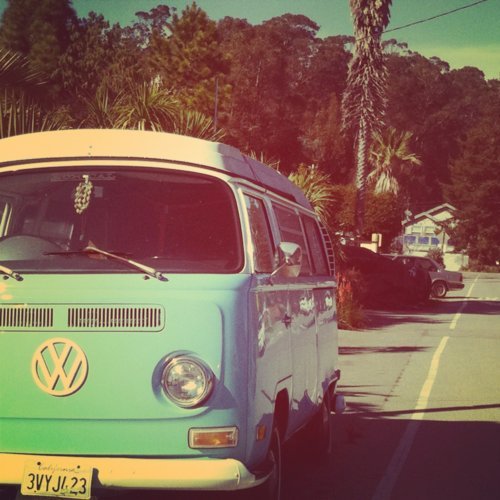 Americans have always had a romance with cars ever since the first Ford Model-T came off the assembly line. This relationship with the car has extended to the way it has been a silent participant in lots of sex away from the bedroom. Here are some positions, and scenarios for the next time you might want to have sex in the car: 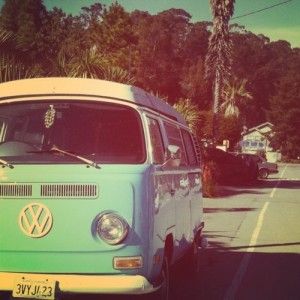 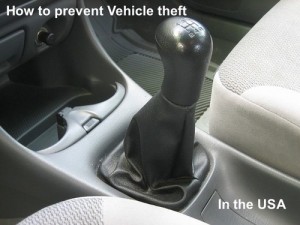 This should come with a warning. This was famously done by Tommy Lee and Pamela Anderson in their holiday video. But for safety considerations, it would be a good idea to make sure that the car is parked on the side of the road before attempting this. Or, the couple can be driving along during the day on a long stretch of highway, with minimal traffic and no curves in sight. Going slow on the road also helps with the safety. That being said, giving the driver a blowjob is relatively easy in terms of positions, as long as the girl doesn’t mind the gear shift. 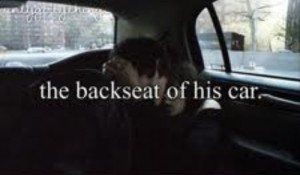 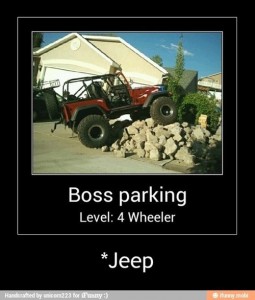 Having sex in a vehicle has its own built-in level of difficulty. Topping the level of difficulty is having an open-top Jeep with rollbars, and the guy sitting on the driver’s seat, with the girl sitting on his shoulder, facing him. This is a secure position for cunnilingus as he can cup her butt while paying good attention to her sex. Giving face can be done in other positions while in a vehicle, and this position is one which affords the most space to work on a girl’s orgasm, up close and deep. This is position is also a bit absurd, but at least both parties are in a sitting position. To ease the weight on the shoulder, the girl’s legs rest on the seat, and she can be leaning and putting some of her weight on the rollbars.

6. Back of a station wagon 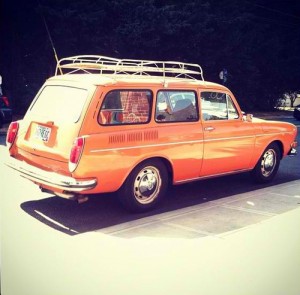 The hatchback or liftback or a station wagon, or a mini-van provides more than enough space to have a parking lot quickie. If possible, the couple should close the car before doing anything serious. But just in case there’s not enough space for the both of them to snuggle, the man can be standing up while the woman can be on her back or on all fours. It is important, though to make sure that no motorists or pedestrians are mooned in this position. 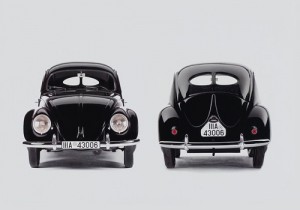 Short of a Mini or a DeSoto, the Volkswagen is the height of difficult cars for sex. It does not afford enough space in front of on the back seats. This is true for the newer models as it is true for the classic models. However, from an engineering viewpoint, the low center of gravity of the Volkswagen makes for a rock solid platform. Whichever way you have sex in a Volkswagen, you can be sure it won’t be rocking as much as other cars.

4. Lying on the backseat 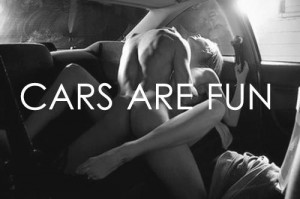 This is a general position, which is usually done with open rear doors. In this instance, the couple can be lying on top of another on the back seat. Side-by-side and spooning would be quite hard due to the width of the seat. Alternative position would be if the man were outside the vehicle, and again, the woman would be on her back or on all fours. 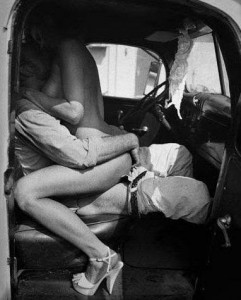 There have been movies which show this position while the vehicle was in motion. It can be done. But for safety considerations, it is better not to even attempt this while driving. The chances of accidentally pressing on the gas is very real. Not finding the breaks is a more likely possibility. Safety concerns aside, there’s a lot of space on the passenger side, compared to the driver’s side. Either way, whether on the driver’s or the passenger side, this position presses hard on a woman’s groin, clit and vaginal opening, and is sure to make her cum. This is true whether she’s facing front or back. If the space is a little tight, the couple can opt to recline the seat, and the man would be on his back while the woman grinds does most of the work. 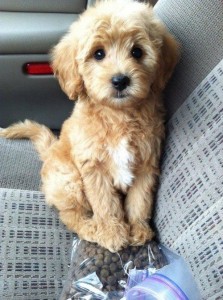 With the front seat reclined, the woman can have her belly resting on the headrest, with her hands propped on the backseat. There’s almost not enough space for this, and it will be a tight fit. The only reason a couple would do this is if it’s cold outside and opening the door is not an option. No matter what the reason is, this takes some time to set up and can be part of a sequence for an extended sex session on the side of the road, preferably hidden passing vehicles. 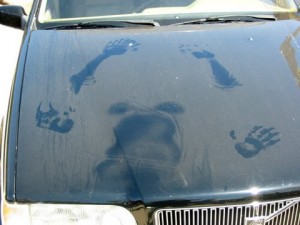 This is one reason to keep the car clean before going on a hot date. You should park on an isolated or hidden area, preferably with a view, and away from vehicular traffic or pedestrians and joggers. A woman lying on the hood is one image a man would remember for the rest of his life. It’s like having sex with the girl and the car at the same time. The anthropomorphizing portion of this scenario makes it work for both partners. On top of that, the hood should still be a bit warm from the drive. Though this can be done at any time of day, assuming a good parking spot can be found, it is usually done only at night, when the lovers can be walking around the vehicle naked. Of course, it is perfectly acceptable to not shed any of her clothes, just as long as her lady parts are accessible. This also happens to be a great position for cunnilingus.