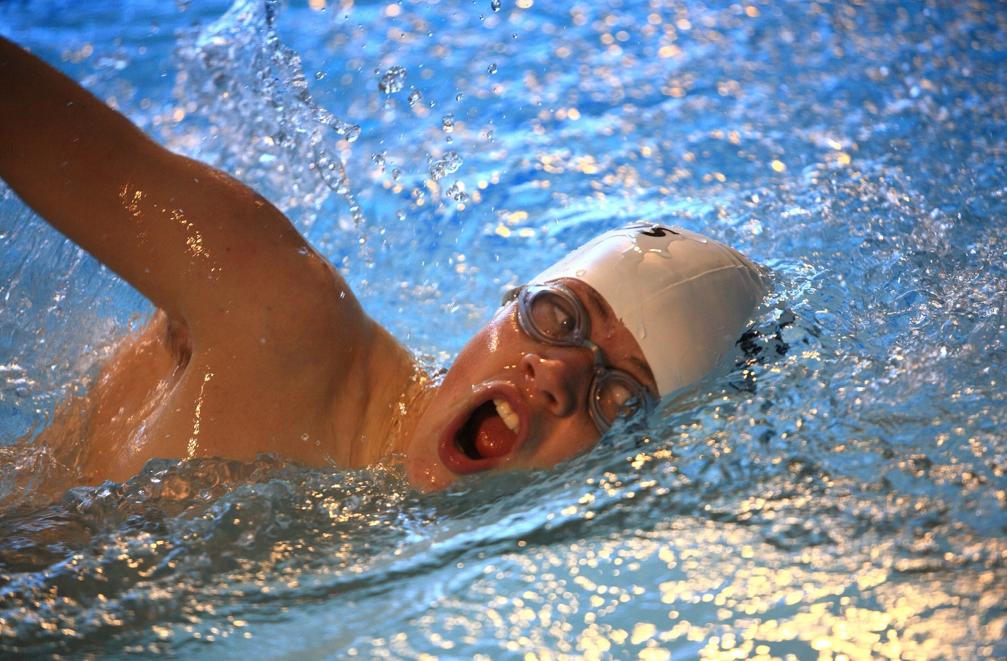 There is a disconnect between the recommended or minimum level of exercise and a full body workout. Doctors suggest that a person has to have at least 30 minutes per week of exercise where the heart rate is twice that of normal. That is just aerobic activity, which you can easily get. However a full body workout means that every part of your body is involved in the exercise. Short of 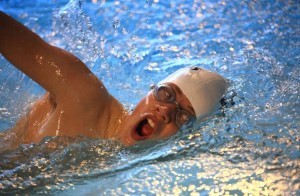 Swimming is a complete workout. It exercises all major muscle groups, and is a great aerobic exercise as well. This is one exercise, which looks sexy while you do it, and it doesn’t make you sweat. You can also say that it is a zero-impact aerobic exercise as there is no foot pounding on the floor. It tones the muscles, specially the shoulder muscles, the gluteus maximus and the abs. One psychological side effect of swimming is the feeling of being sexy in the water, no matter what body shape you are in or what your age is. Slicing through the water, and paddling through it can give a feeling of fighting against nature. Additionally, you don’t feel tired while you’re in the water. At least not as much compared to other exercises.

9. Go up and down the stairs 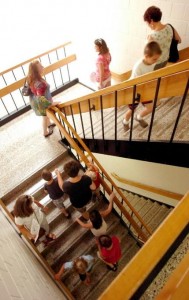 If you are lucky to work or live in a building with a stairs. Climbing the stairs up to three times a day would give you a workout without you noticing it. Instead of using the elevator when going to the ground floor, this exercise does not take you out of your way. The downside is that you might sweat a lot in your work clothes. Bring an extra pair of shirts for that, and you might want to think about changing shoes during the day as well. 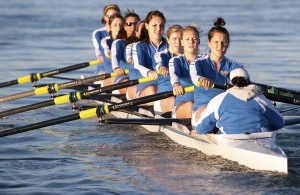 Again, another water activity, this time it needs a specialized equipment. You can join a rowing club or borrow equipment for this. It does not need to be a competition row boat. If there’s a dragon boat club in your area, you can join the team and paddle with them during weekends. You wouldn’t even notice the exercise you are getting. Or you can use a kayak or a canoe. Except for the dragon boat, this can be a slow exercise. It emphasizes upper body strength and can be quite addicting.

Most gyms nowadays have a boxing ring and a trainer. Or you can sign up for boxing classes with your local boxing gym. After your initial stint in the ring, you might be surprised at the amount of work you put in during a 3-minute sparring session. Outside of the ring, there are strength and speed exercises with the bags. These exercises also help improve your coordination and reflexes. Sparring sessions are optional. If you don’t want anyone to be punching back while you train, then don’t go into the ring, however, you would be missing a lot when you skip sparring sessions. 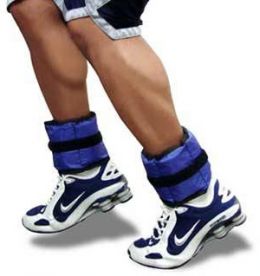 Running, whether jogging in the park or a cross-country run, is still the cheapest way to get in shape. To get the best out of a run, try throwing some punches while you run, or you can pick a path, which follows the natural terrain of a hill. Another alternative is to have wrist or ankle weights. The additional wrist weights help develop the upper body and the core. The ankle weights help with developing the lower body muscles. 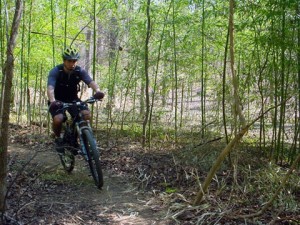 Riding a bike puts less pressure on the foot. Spinning is a low impact activity in the gym, however, on a bike trail, even with the best shock absorbers, the whole body would get shaken up. The variety and change in pace which occurs while biking makes for a good workout. Eye-hand coordination is enhanced as well. This can be a weekend activity, which you can do with friends and family. 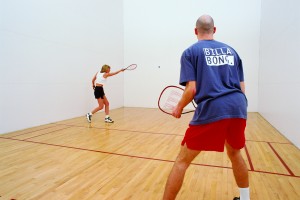 Admittedly, table tennis and badminton are faster sports. However, it’s hard to find a good place where badminton is played, and even harder to find good quality game play. There are a lot of table tennis places and players, however, most are casual players who try not to break a sweat. Racquetball is different because there are more than a few gyms where you can play racquetball, and players are usually quite competitive when playing the game. This is a fast-paced game, with an emphasis on quick reflexes. You won’t even notice when you go up a notch while playing. 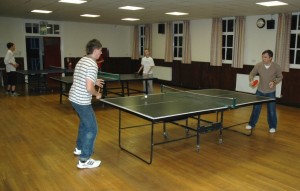 As mentioned above, it’s hard to find a good game when most players don’t even try to push themselves. Nonetheless, there are casual players who are willing to step up when pushed hard enough. It is a simple enough game, which is easy to learn. There are even table tennis dates to table tennis dining places. New players get to feel the game and by the end of the evening, they are returning serves. It does take a while before they get to any competitive level, but the game gives a fun full body workout. 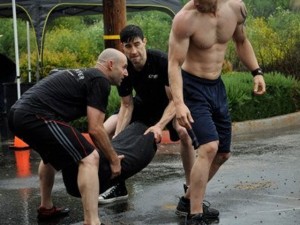 CrossFit has seen a rapid growth in membership during since the first club got started. Since then it has become mainstream and now can be seen everywhere. This is as extreme as you can get within a gym. The downside of crossfit is that it feels like a religion. Another downside is that if you don’t want to push yourself beyond a certain level, which is still comfortable for you, then this is not something you would want to do. When crossfitters say that your workout is their warm-up that is true. Additionally, you do not do crossfit alone; it is a community, which encourages one another. This is not just a workout; it is a religion. 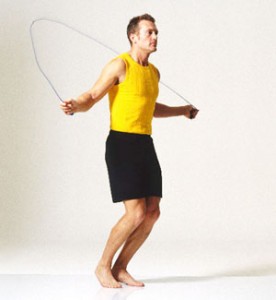 This is a very cheap way to get a full-body workout. You don’t need a lot of equipment to do this, only a piece of rope. You can also do this anywhere that you have space to jump. It may seem like it is high impact, because it is, but you don’t have to be doing a lot of it. You can have more benefits from skipping rope for 15 minutes, than running for 30 minutes. That shows how efficient this activity is. 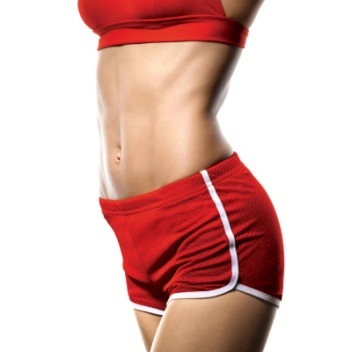