Top 10 Best Half-Marathons Worth Traveling For 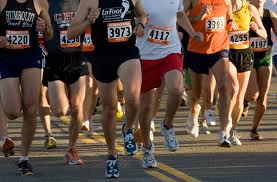 Do you want to get in shape? Why not try a half marathon and run a distance of 5-13 miles? This race is a challenge not only to beginners but competitive runners as well.  And if you want to keep motivated to run your first or your 10th marathon, then you better put on your bucket list these top 10 best half marathons worth traveling for: 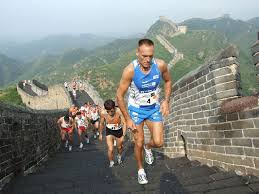 The half marathon run of 8.5 k is considered as one of the toughest but most scenic in the world.  Staged at the rocky stairs of Tianjin province and will pass through the scenic beauty of China’s farmland and villages. You will definitely experience some huffing and puffing but it will be worth it.  The marathon is set on May 17, 2014 and registration is now open.  Check online for their registration and marathon packages.  And make sure to pack not only your running gear but your camera so you can capture the majestic beauty of the place. 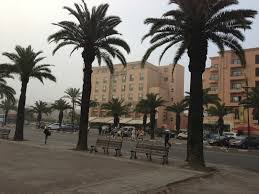 Morocco is the home of the Sultan Marathon de Sables and the Marrakech Marathon run.  The former will hold its 29th marathon on April 2014 while the latter has its run scheduled on January 2014.  The Marrakesh marathon also celebrates its 25th anniversary next year so expect a big event on the streets of Morocco.  Registration for both races is ongoing. You could book in the 4 star EL Andalous Hotel or contact your local agency for any special packages available in the area. 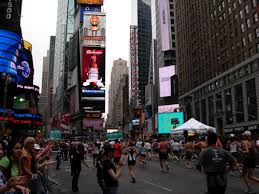 If you want to run the best half marathons then you should try the big apple run.  New York City has the New York half marathon run on March 16th while the ING holiday marathon is set on November 2, 2014.  Both are  perfect events to experience a fusion of art and culture.

The first event runs through New York’s skyscrapers in Times Square, 7th Avenue, along the Hudson River finishing to South Street Sea Port. On the other hand, ING marathon will have you running through Brooklyn and Queens, passing Manhattan, the Bronx and finishing in Central Park.  You can book a room in the Crown Plaza Time Square Hotel, the Millennium Hilton Hotel or in the Wythe Hotel and stay a day or two to enjoy not just the sports, but music and the arts in the big apple. 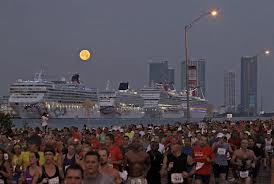 Miami Beach holds their annual half marathon run in Downtown and Miami Beach.  Although it is not yet spring-break temperature, it is still appealing to run in the sunshine with the cold temperature still descending on the city.  The annual run is set on February 2, 2014 and everyone is invited not only to enjoy the run, but to explore the city which is home to beach parties and award-winning restaurants. 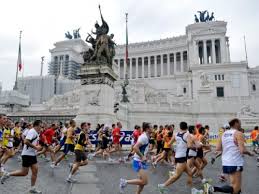 One of the best half marathons worth visiting, this city is where fine dining, great sculpture and majestic art can be found.  Rome is not just a great tourist destination but also home to the Roma Ostia Half Marathon set on March 2nd 2014 and the Maratona di Roma set for March 23rd 2014.

The route for both races is a combination of light and up-hill stretches as well as running through spectacular landmarks such as the Colosseum and Saint Peter’s Basilica.  So remember to bring your camera as you take the time to appreciate the picturesque of the city.  Accommodations are available at Lancelot Hotel, Sheraton Roma, Hotel Shangri La, Hotel RomaOstia or the Hotel Santa Maura. 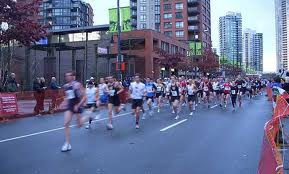 Canada combines the best of sports and recreation.  Not only it is known for hockey and the beaver but also for natural freshwater, homegrown spices and beautiful cities. It also hosts various half marathons locations from January to October.  You can choose Vancouver, Montreal or Toronto. You may also want to experience the hilly side of Whistler Village or join the women’s half marathon past the Niagara Falls. 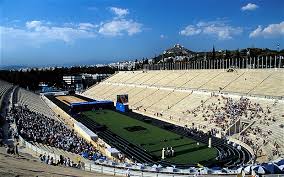 Run the course in the place where it all started – right down in Athens, Greece.  Join the Poseidon half marathon on April 5th 2014 with the course run in Faliro Bay.  There is also the classic Athens historical course marathon of 10K or 5K on November 9th 2014. Climb up to the hills of Athens and finish the run where the modern Olympics unfold – the Panathinaiko Stadium.  You can book online and reserve their package tour so you can enjoy the spirit of Greece and its grandeur 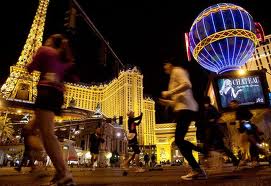 Set on March 2nd 2014, the half-marathon at Semi de Paris will start at the surrounding woodlands of Bois des Vincennes and finish at Porte Doree.  Runners will not be disappointed to see the highlights of the French capital such as the Bastille and Notre Dame.  By joining the event, you will not only enjoy the beauty of Paris but also help a cause for the cancer patients. 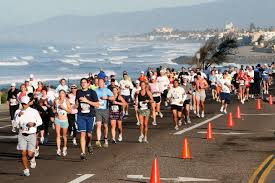 If you can stand the chills and the hills, Carlsbad Marathon is for you.  The run is set on January 19, 2014 with a time limit of 4.25 hours–considered the fastest marathon run in the US.  The route will pass through Buena Vista Lagoon, along Carlsbad Boulevard; turn around at the Breakwater Point and back to finish the race.  San Diego is known for its famous musicians and entertainment that you might find delightful.  You can also relax and enjoy California’s beaches and pampering spas. 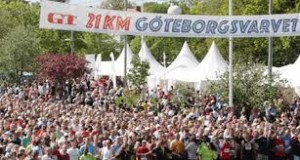 Host of the largest half marathon run, Sweden is ready for the Goterborgs Varvet Half Marathon run in May 17th 2014.  The route will run along the banks of the Gota Alv River, pass along the cliffs and circle the city’s 22-foot tall Poseidon statue.  Accommodations are available in the city’s different hotels and dormitories.  Gothenberg may be a small town but it has the charm and enjoyment of a big city.  Enjoy the city’s excellent cuisine, a taste of their seafood delights and explore other attractions of the city.

Do you still want motivation to set your training and vacation? Pick your choice and experience a great run from all the best half marathons destinations. Not only you will burn those calories, but also enjoy the stunning beauty of the scenery.

How To Drive A Manual: 10 Ways Real Men Can Drive Stick

Drink Like A Man: 10 Ways to Choose a Good Scotch